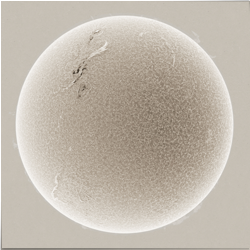 
Marcel Gabard Pazos Trio
Something From Nothing
# FYR021LP-IS05

Marcelo is a saxophonist. Probably best known as a member of important Swedish bands such as Paavo, Je Suis! and The Opposite. Musically, these bands do not have much in common other than that they are relatively large groups, but Marcelo always finds a way to be himself in all situations he is in.

Here, in his first own production, we get to hear him in a smaller setting and even a new musical situation. In 2011 he founded the trio, with improvisation as the basis for creation. In this group, the individual (and the individual's musical achievements) is subordinate the collective, for it is the trio who make music together. This is most certainly dated music, in the sense that it was created in the present on March 29-30 2012, while in a more philosophical sense also is timeless. The music on this LP cannot and will not be played again, at all, because the next time Marcelo Gabard Pazos Trio plays the present will be another one, thus the music cannot be the same. Found You Recordings is proud to present this great first document of a long relationship between the musicians.

No reviews yet. Album is yet to be released.