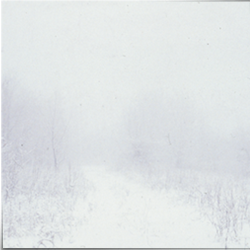 All music and lyrics by Fred Lonberg-Holm (BMI)

Fragile: The aptly titled third (and final) record from Seval.

Seval started as a nebulous affair. Formed by Sofia Jernberg as aâone-offâ project to perform Fred Lonberg-Holm's songs (previously recorded only as instrumentals), it somehow grew and even for a while shone brightly in spite of geographic barriers (Fred is from Chicago while the rest of the group is from Stockholm) .

The songs, treated as source material for improvisations, were delicate and challenging even when played âstraightâ, let alone pulled apart and re-imagined from night to night and performance to performance. Over time, the song writing became more âtailoredâ to the ensemble while the continually evolving relationships within the group required new ways of negotiating the music. On âgoodâ nights, this led to the sublime, but as with any group working at the edge of their experiences, there were the inevitable âbadâ nights too.

This record, a farewell, shows Seval at their brightest, playing songs about the tenuous bonds that tie us together. What better way to say goodbye than with a kiss and a warm embrace? The members of the group continue to work in various groups both separately and together but... this particular constellation has burned out.