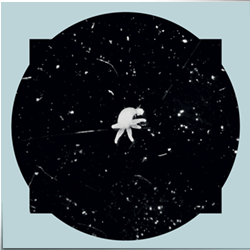 This records was partly funded by:

Lisa Ullén and Nina de Heney Duo have been playing as a duo since 2007, and rapidly gained recognition as one the most thrilling new groups on the improvisation scene in Sweden. They are individually known and respected as well established performers, having each developed a personal sound on their respective instrument. It has now been 10 years since the release of their first CD "CARVE" (Lj records, 2009). After several trio releases, this double CD album presents the duo in two intense recording sessions done in Haga Church (GÃ¶teborg), one evening with a live audience, one without.

Hydrozoa , aquatic organisms, are amazing in their diversity and in the complexity of their life-cycles, swaying forms uplifting their tentacles in the vast wings of the surrounding oceans. This music sways in the vast oceans of sounds, tantilizing,flowing in an unending diversity. The language of sound never needs to explain itself: it just breathes.