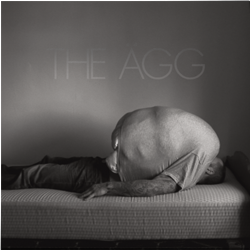 
This project was supported by:

Either way they sound like nothing you have ever heard before. The perfect mixture of chaotic abandon and complete control. The bonfire and the bunsen burner. Space rock, free jazz, afro-beat and probably some other stuff all colliding together in the musical particle accelerator known as The Ägg.

The context of known neurophysiological and psychophysical properties of the aural system's spatiotemporal response to sound indicates that three consistent and typical pattern masking effects-(a) Type C forward or paracontrast, (Raymond Strid, Erik Carlsson, Christopher Cantillo and Ola Hultgren)(b) Type B backward or metacontrast, (Joe Williamson, Vilhelm Bromander and Patric Thorman) and (c) Type A forward and backward (Anton Toorell, David Stackenäs, and John Lindblom)-can be explained in terms of three simple sensory processes. It is hypothesized that sustained channels are involved in the processing of structural or figural information, whereas transient channels are involved in signaling the spatial location or change in spatial location (i.e., the motion) of a stimulus. Typically, Type C forward masking or paracontrast is mediated via lateral inhibition realized in the center-surround antagonism of the receptive fields of the sustain. In apposition to this mechanism of intrachannel inhibition, Type B backward masking or metacontrast is produced by a mechanism of interchannel inhibition (i.e., transient cells laterally inhibit the activity of sustained cells). Both mechanisms are assumed to be operating at or prior to the contour-forming levels of audio processing. Type A masking effects are explained in terms of sensory integration of sustained channel information at preiconic and iconic levels of aural processing. The implications of this multichannel model for suppression and information-processing approaches to pattern recognition form.