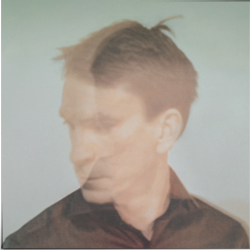 As we were about to have our photo taken for this album, I somehow realised how strikingly different we all looked. Despite my efforts to leave behind me my (self-proclaimed) labeling as the nerd, I rather still resemble a recently graduated pastor than a cool jazz musician. In Christopher I on the other hand see the epitome of the Stockholm-hipster, and with Eva a representative of the women in Sweden who carry the Arts on their shoulder. So as we were having this photo taken, I wondered what our combined image might come to resemble - was there any common denominator? Possibly the eyes? Through the eye we can sense a persona without other, or outer stimuli in regards to style or oneâs quest for identity maybe. Through this, the albumâs opener received its name - &Ã¶ring;gat (The Eye), and further more, this is how the recordâs title came into being - Minsta gemensamma nämnaren, or The Lowest Common Denominator.

The fantastic thing about music is that it has so very little to do with looks, or an exterior. With Eva and Christopher, I see myself as having found two real soul-mates. After the first album came out, I was immediately compelled to write new material for the group, and got to work at once. It turned into this collection of songs, comprised of the manyfold thoughts and events from within my life. Klockan got its nameby means of its second part, where a repetitive figure emerges like a clock out of control. Brommaplan mitt på dan was the only piece of an older penmanship. I wrote it when I was living near Brommaplan, in the western part of Stockholm, and at the time listening extensively to the works of composer Charles Ives. The title would paraphrase his "Central Park in the Dark," and the effect of the various melodic lines that comeand go - quite like the feel of Brommaplan (or Central Park for that matter) with all the sounds and people in motion. Den gamla världen (The Old World) was inspired by a man playing his fiddle in a remote village in Romania, sitting upon his doorstep. Islands and Seas was inspired by the beautiful Stockholm archipelagos, then Turtle Dance about a dancing turtle somewhere in the Pacific. And when you have two kids in the ages of four and a half and six, one has most probably read large amounts of Ramsor och rim, or poems and rhymes, which can bring about a song; as well as the darker parts of the year in Sweden, Vintertid.
- Filip Augustson