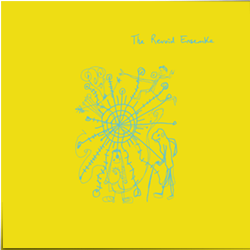 Klas Nevrinâs Revoid Ensemble consists of eight highly acclaimed musicians from Norway, Sweden and the USA â each is working in other ensembles as diverse as Yun Kan 10, Barry Guy New Orchestra, Christian WallumrÃ¸d Ensemble and The Schematics. The collaboration is an intense exploration of improvisation through a myriad of methods, sounds and moods. The synergistic bringing together of diverse and even conflictual elements is inspired by the Third Stream movement, and ranges from minimalistic complexity and dense polyrhythm to reductionist textures and microtonal impressionism.

The CD was recorded live on 29 January 2016 at Theatre Lederman in Stockholm. The Revoid Ensemble is an extension of the quintet âKlas Nevrin Ensembleâ and further develops the ambition to blend a large variety of acoustic and electronic sounds as well as achieving a rich dynamic spectrum. It also involves the use of non-standard intonations, inspired by balafon and gamelan tunings as well as composers such as Terry Riley, Charles Ives and Ben Johnston. The superimposition of tempos and rubatos is another distinguishing mark, a "disorderly order" that can produce interesting avenues for rhythmic interaction. The modular compositions (all by Klas Nevrin) always involve collective improvisation, although sometimes in unexpected ways. For example, precomposed material is designed so that it affords the musicians new ways to create ambiguity and interact with each other.

The Revoid Ensemble is during 2016-2018 involved in Music in Disorder, an artistic research project established at the Royal College of Music in Stockholm and funded by the Swedish Research Council. It focuses on the workings of collective improvisation and explores how artistic experiences may influence how we think about qualities like disorder and non-control. The project will involve a series of artistic productions and seminars in order to create new contact points between musicians, researchers, audiences and pedagogues, both nationally and internationally. Details of the music on this CD will be presented in future research presentations.